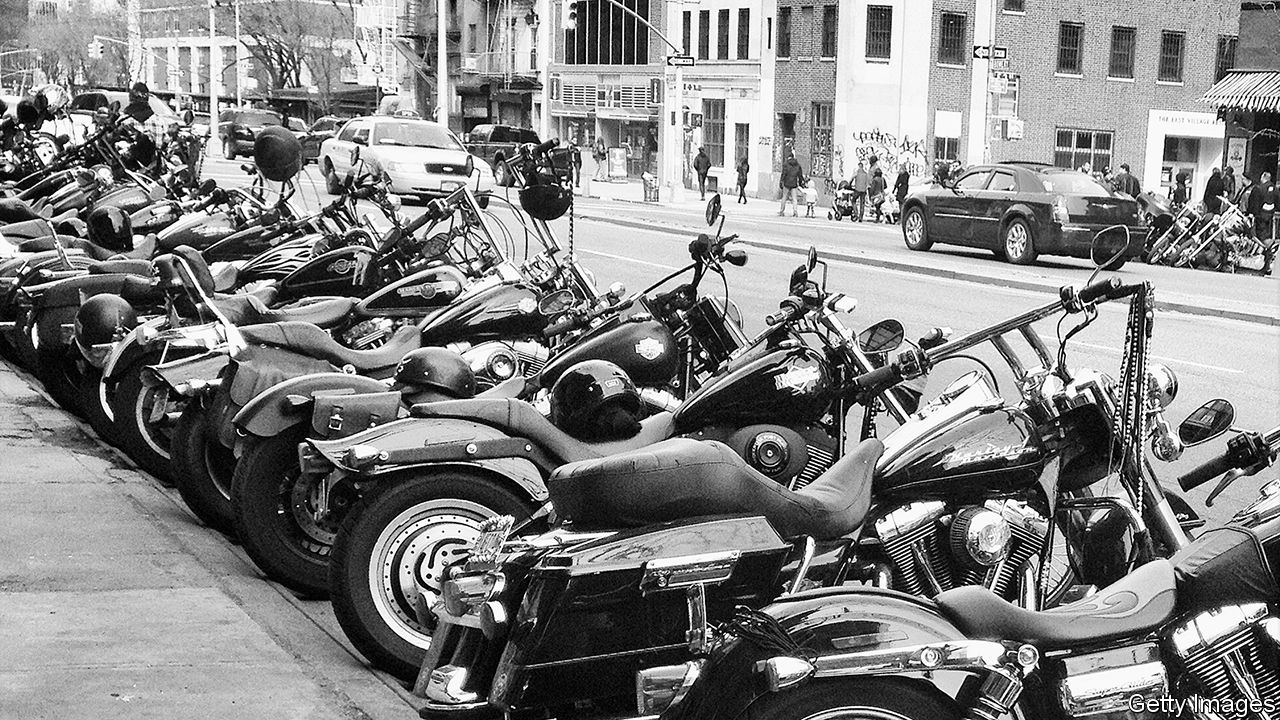 AMERICAN companies “will react and they will put pressure on the American administration to say, ‘Hey, hold on a minute. This is not good for the American economy.’” So said Cecilia Malmström, the European Union’s trade commissioner, on news that Harley-Davidson plans to move some production out of America to avoid tariffs imposed by the EU on motorcycles imported from America. Those tariffs had themselves been introduced in retaliation for American duties on steel and aluminium imports.

President Donald Trump showed no signs of absorbing this salutary lesson. In one of many splenetic tweets about Harley, he said: “If they move, watch, it will be the beginning of the end.” Other American firms are no doubt watching. Will any follow?

Harley is unusually vulnerable to Mr Trump’s escalating trade war. Not only have its inputs, namely metals, risen in price, but it makes a fair chunk of its sales, 16%, in Europe. It puts the cost of absorbing the EU’s tariffs up to the end of this year at $30m-45m. It has facilities in countries unaffected by European tariffs that can ramp up relatively quickly. (Some think it may have been considering the shift anyway, and wanted to pin blame on the dastardly Europeans.)

Other American industries have fewer options. Mexico and Canada, as well as the EU, have targeted foodstuffs, from pork and apples to cheese and orange juice. American farmers will have to find other markets, lower prices or cut production. The EU has also put tariffs on whiskey; Jack Daniels is made only in Lynchburg, Tennessee and is going nowhere in a hurry. But jeans, another target, are made all over the world. Textiles firms may be able quietly to siphon production away.

Carmakers are worth watching. Mr Trump is seeking to rework supply chains within the North American Free-Trade Agreement (NAFTA), in order to bring more production to America. But Mexico, NAFTA’s lowest-cost location, has many preferential trade agreements with other countries—and, thanks to NAFTA, plenty of spiffy car factories. Rather than react as Mr Trump wants, auto manufacturers may expand in Mexico and make less in America for sale abroad.

But most firms will want to wait for greater clarity before making fundamental changes to supply chains. That, at least, is the lesson of Brexit. It has taken two years since Britons voted to leave the EU for manufacturers to say loud and clear that they will pull out unless Britain retains seamless trade links with the EU. Although many foreign firms have scaled back on investment in Britain, none has actually shut up shop.

So Harley-Davidson may not presage an immediate wave of similar announcements. If the tariff war drags on, however, more will follow. Mr Trump believes that no country can afford to lose access to the mighty American consumer. Some businessmen are less sanguine, fearing that other countries will act in concert against America. Ironically, Harley is behaving just as Mr Trump wants, “tariff-hopping” to be on the right side of trade barriers. Just not in the direction he wanted.

The Trump administration plans to crack down on Chinese investment

Biden Continues Tradition Of Taking Credit For A Good…